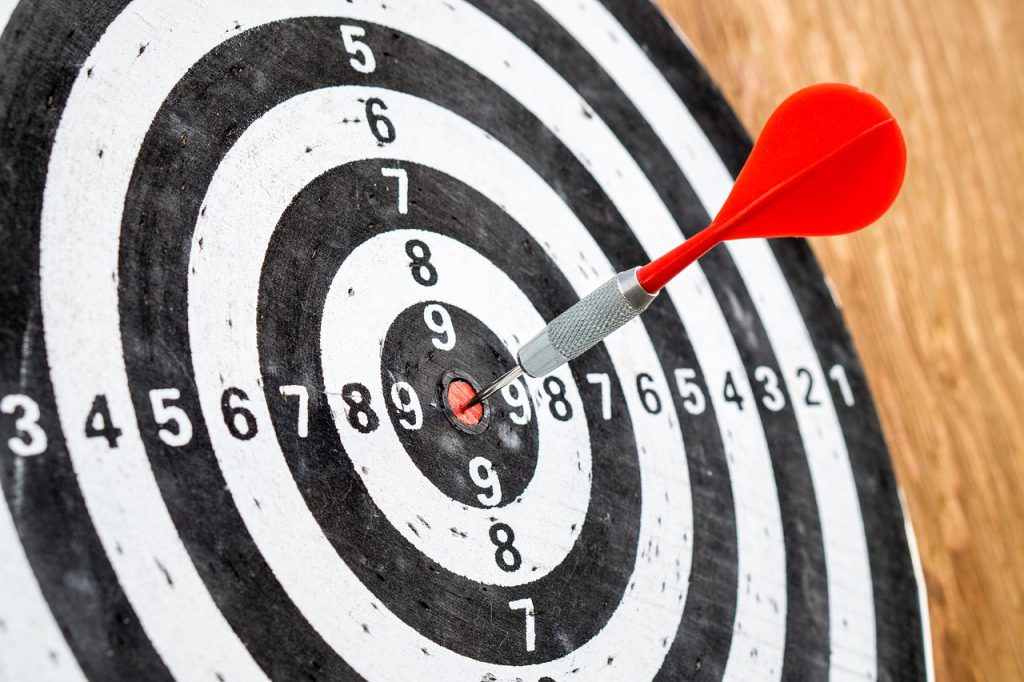 The second major KPI for LTE is the LTE ERAB Success Rate which is also part of the accessibility. After the UE has completed the RRC Connection which has been explained in my previous article, LTE KPI Optimization: RRC Success Rate, it needs to get a Bearer assigned to it to initiate services. The bearer can be default (usually Data QCI9) or dedicated (VoLTE QCI1). During initial access, the default bearer is added and that constitutes the major portion of the total ERABs.

Firstly, lets understand the definition and points where the ERAB KPI is pegged. After the UE sends the RRC Setup Complete message to the eNB, the eNB sends a S1 Initial UE Message to the MME indicating the purpose of the UE (Attach, TAU, CSFB, Service Request etc) and its credentials. Once the MME receives this message and it decides that a bearer is required, it will send an Initial Context Setup Request to the eNB. This message is considered as the ERAB Attempt as it contains the bearers to be added along with their QCI values. The eNB receives this message and adds the DRB (Data Radio Bearer) based on the bearer profile in Initial Context Setup Request. But before the eNB can add bearers, it needs to activate the security for the connection. This is done by the Security Mode Command which carries the ciphering and integrity protection algorithms. After this the eNB sends a RRC Connection Reconfiguration message to the UE which adds a DRB and it includes the configuration for the DRB like bearer identity, PDCP & RLC configuration (AM/UM etc). SRB2 is also added at this point with this message. The UE receives these messages and reconfigures the connection. Then the UE responds with Security Mode complete and RRC Connection Reconfiguration Complete messages. As the eNB receives these messages, it sends an Initial Context Setup Response to MME and this message is considered as the ERAB Success. 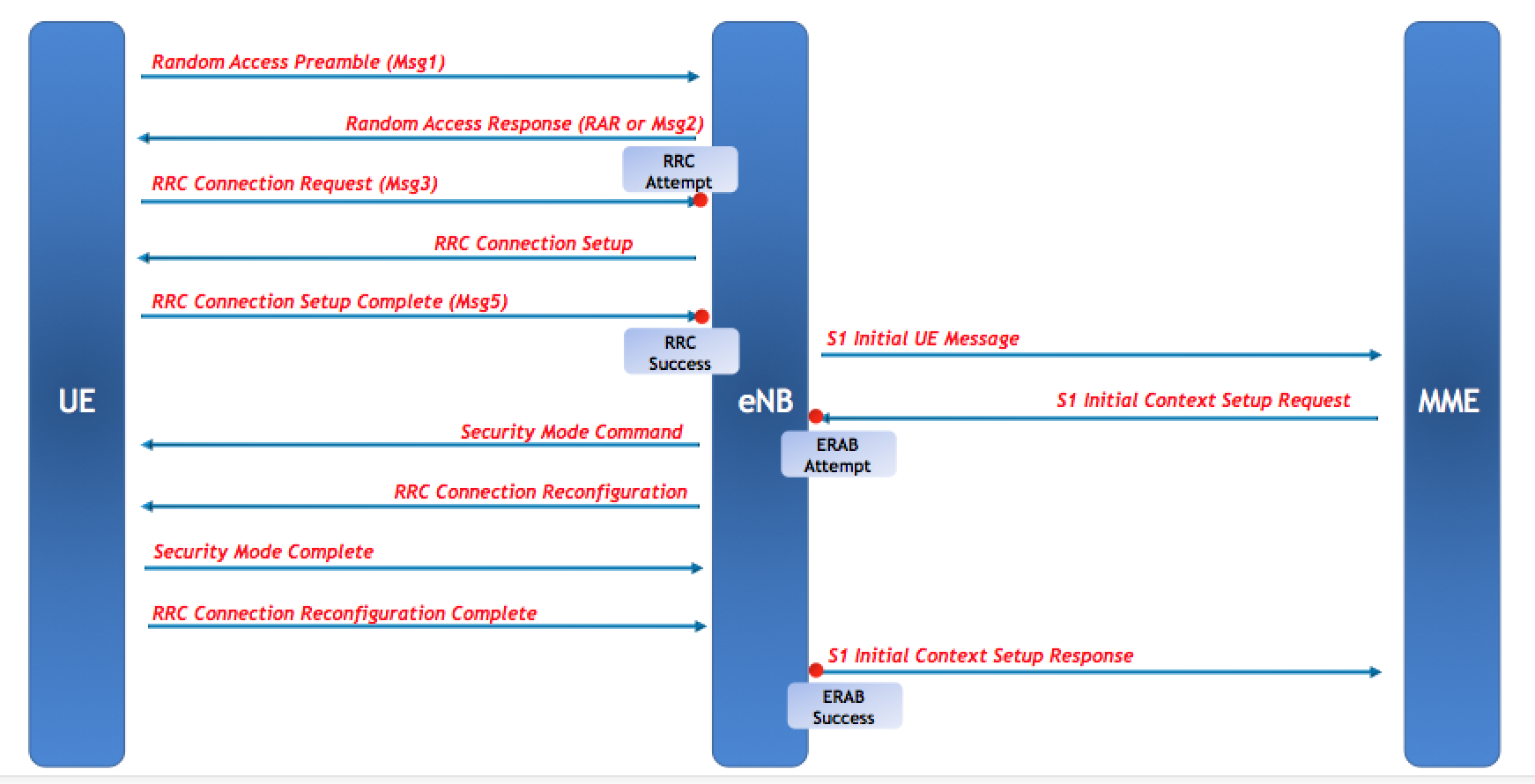 Consider a UE that receives Security Mode Command but fails to maintain radio connection afterwards. This can happen in following two scenarios: 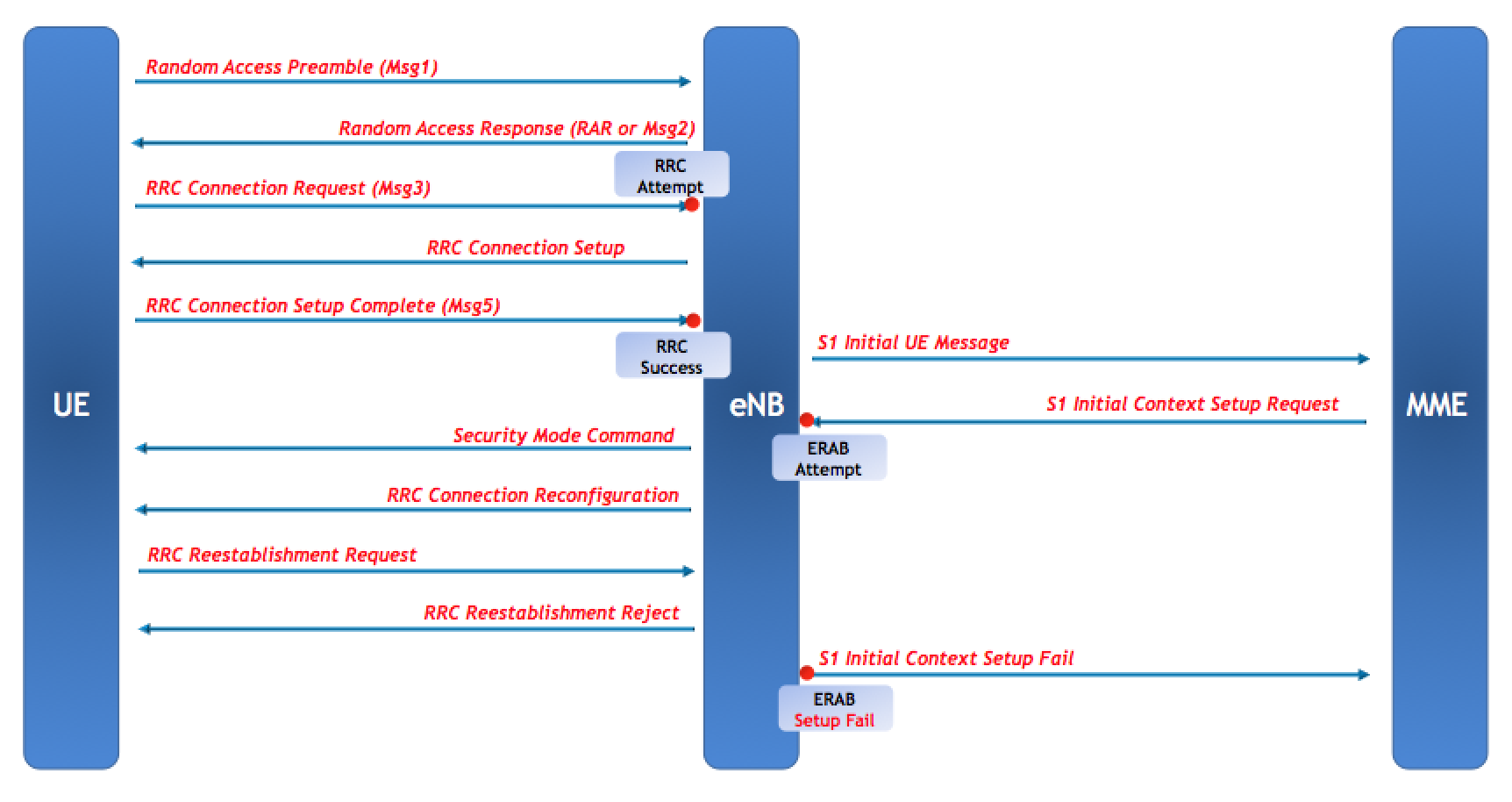 Consider that the UE receives both the Security Mode Command and the RRC Connection Reconfiguration message. Now, it has to transmit the Security Mode Complete and RRC Connection Reconfiguration Complete message in Uplink. However, if the eNB fails to decode these responses, it will send a NACK to the UE or the eNB may not send anything if it completely fails to even receive these messages. The RLC layer in the UE is configured to resend the message if the message is not acknowledged. So, the RLC layer will keep resending until a valid acknowledgement is received. But the RLC cannot resend the same message indefinitely and it has a upper limit of retransmissions. Once that limit is reached, the RLC will not retransmit again and the UE will consider that the radio link is compromised. This will trigger a RRC ReEstablishment Request.

However, in both these cases, the RRC ReEstablishment Request will be rejected by the eNB since processing this request requires to have a valid UE context at the eNB. But since the UE did not respond to Security Mode Command, so the eNB does not consider the context to be active yet and rejects the RRC ReEstablishment Request. At the same instance, the eNB will send Initial Context Setup Fail to MME indicating an ERAB Setup Failure.

Similarly, if the RLC retransmission count threshold is increased from 8 to 16, then the RLC will retransmit 16 times instead of 8 times which will increase the probability that the eNB might be able to decode the message and prevent RLF.

This can also happen if the UE is in poor coverage or if the PUCCH has high interference. The UE will keep sending SRIs in the correct location on PUCCH but the eNB might not be able to read them resulting in a similar scenario as explained above.

If such a scenario is observed consistently, it will be a good idea to shift from an adaptive SRI period to a fixed SRI period. This will avoid reconfiguring the SRI periodicity and will prevent this issue.

Also, using PUCCH enhancements like IRC on PUCCH can help reduce the probability of such issues.

This is rarely seen in networks when a UM mode (Unacknowledged Mode of RLC) QCI is used for UEs which do not support UM mode. A common example is the QCI7 which is a Non-GBR QCI defined for live streaming or voice services and it usually works in UM Mode. But there are many UEs which do not support UM mode and the eNB simply fails to add a bearer with UM mode for them. This issue can be seen from the counters as it will show that ERAB failures on Radio interface are happening only on QCI7 or any other QCI which is set to UM Mode.

Simply changing the RLC mode for the QCI from UM to AM should solve this issue.

Let’s have a look at the MME induced ERAB failures. This may come as a surprise but most of the MME induced ERAB setup failures in commercial networks are actually caused by the radio interface and not the MME. I know it is hard to understand but those of you who have delved themselves in RRC and S1 traces will understand it more clearly once I explain this issue.

Now, consider that the UE experiences RLF after RRC Setup Complete message and before Security Mode Command, this UE will go to idle and retry a new RRC connection by sending another RRC Connection Request. Let’s say that the UE sends a RRC Connection Request to another eNB (eNB2) and that eNB2 will start processing it. The eNB2 does not know that the eNB1 already has a ERAB setup process going on for this UE. The eNB2 will send a S1 Initial UE Message to MME for this UE and the MME will see that it already has another ERAB setup process going on with eNB1. So, for MME to initiate the new ERAB setup process by sending Initial Context Setup Request to eNB2, it needs to first stop the process on eNB1, as it cannot have separate context of same UE on two different eNBs. As a result, the MME will send a UE Context Release Command to eNB1 asking to abort the ERAB setup process. The eNB1 is trying to find the UE over the air interface and once it receives the Context Release Command from MME, it will consider that the MME aborted the ERAB setup and will peg it as a MME induced ERAB setup failure. eNB1 will send an Initial Context Setup Failure to MME and the ERAB setup on eNB1 will be pegged under MME induced failure. However, this issue was actually caused due to radio issue but the eNB1 was not able to find that out. 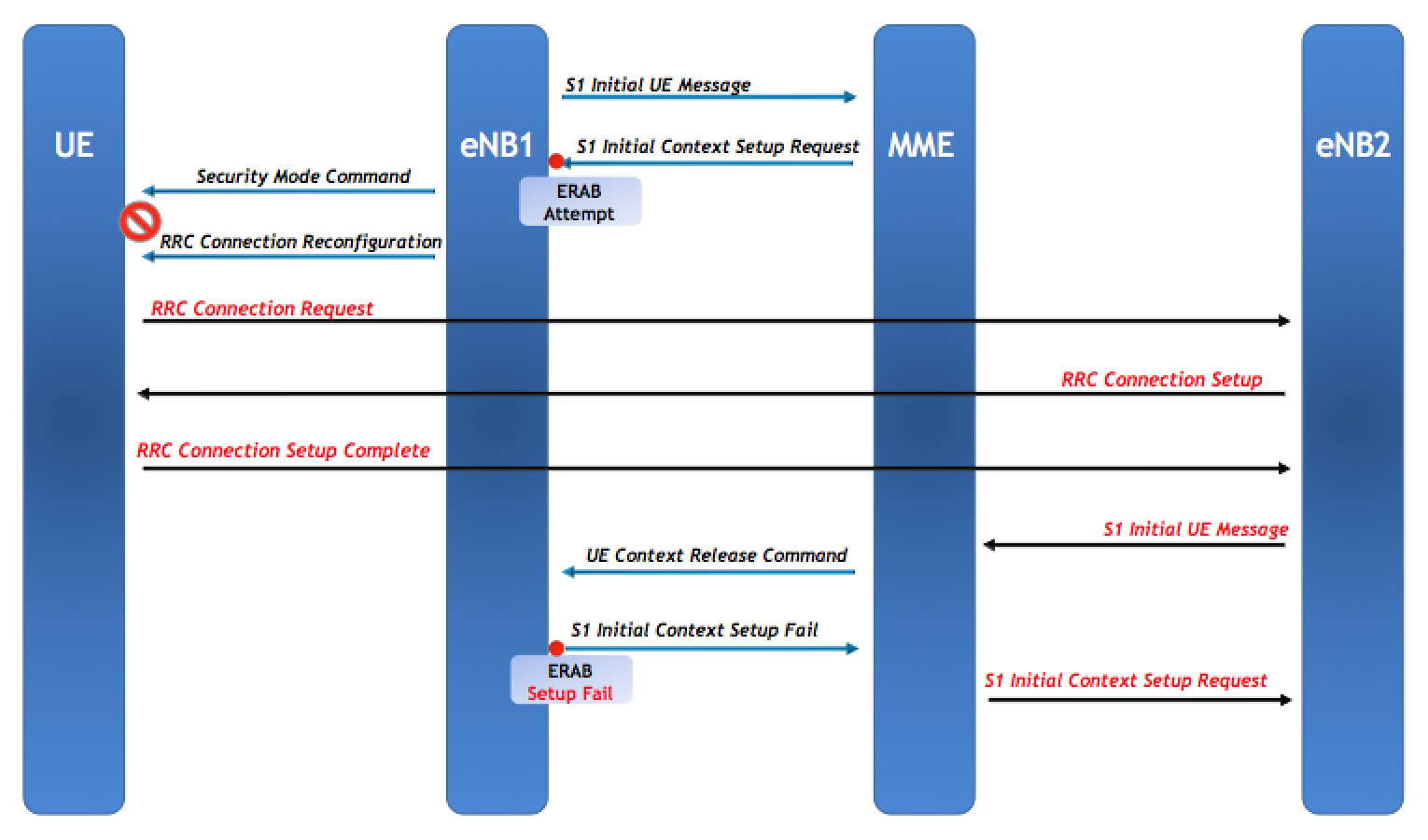 This issue can also happen if the UE sends the second RRC Connection Request to the same eNB or even to the same cell. At RRC level, the eNB does not check TMSI value and the UE is referenced by its CRNTI. So, if the same UE sends another RRC Connection Request to the same eNB, it will allocate a new CRNTI and will consider it a new connection. But when the eNB will send S1 Initial UE Message to MME, the MME will check the TMSI and will send UE Context Release Command to the previous session resulting in ERAB setup failure on the first process.

There is no real optimization on the first scenario as it is purely a coverage issue and coverage enhancement by physical or soft changes can be done to mitigate it. The second scenario can be minimized by increasing the Initial Context Setup Timer on the MME.