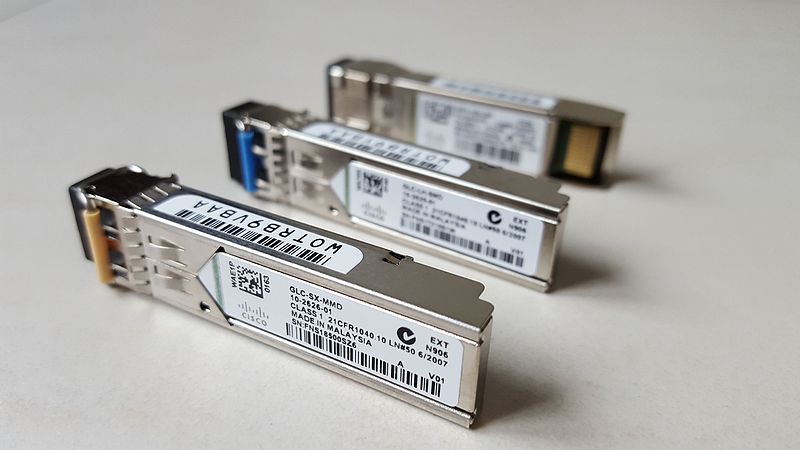 SFP stands for “small form-factor pluggable” and transceiver means a device that can both transmit and receive data. This article “SFP Transceivers Explained” is intended to describe all about SFP transceivers in detail that could help network professionals understand about SFP optics and its types.

SFP Transceivers Explained in 5 minutes | All You Need to Know

SFP optics are designed to support several communication standards including SONET, Gigabit Ethernet and Fibre Channel. SFP interfaces on networking devices such as routers provide a modular interface that can be readily adjusted to fiber optic and copper networking specifications.

The SFP is also known as miniGBIC. GBIC is the Gigabit Interface Converter (another transceiver model) and since the SFP is smaller than GBIC in size, it is called miniGBIC therefore. SFP came into existence later than GBIC and serves the same purpose as GBIC module but because of its smaller size, SFP has replaced the GBIC in most applications today. 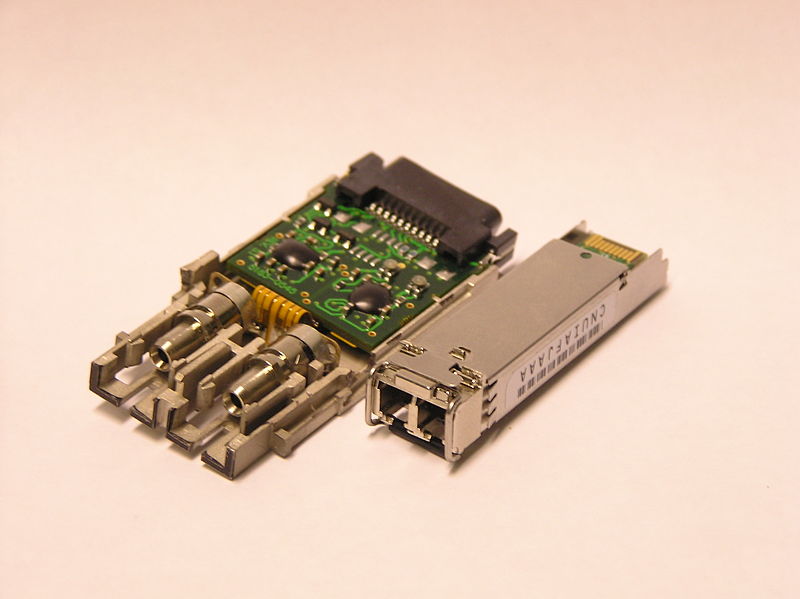 Different SFP transceivers work with different wavelengths at an appointed distance. For instance, 1000BASE SFP LX uses 1310 nm for a maximum of 10 km over single-mode fiber and 1000BASE-ZX could reach 80 km. 1000BASE-T uses copper RJ45 interface.

Single-mode fiber (SMF) has a smaller core and narrow wavelength path. This means that SMF carries higher BW and can reach longer transmission distances. SMF SFPs work primarily in 1310 nm and 1550 nm wavelengths and can reach distances ranging from 2 KM to 120 KM.

SMF Optics are identified as follows:

Multi-mode fiber (MMF) uses a much bigger core and a longer light wavelength. The MMF SFPs are used for short distance transmissions up to 500 m and optics used with MMF are cheaper. MMF SFPs work in 850 nm wavelength. Although it is not able to transport for long distances, it can transport many kinds of optical signals.

Things to Check with SMF and MMF SFPs:

In today’s world, 10G speeds are also achievable with SFP optics. The 10G SPF transceiver modules are referred to as SFP Plus. Before we discuss SFP+ transceivers, let us first look at some standard SFP optics.

1000BASE-T SFP: This SFP transceiver is the RJ-45 version. It operates on standard CAT 5 UTP copper cable of link lengths up to 100m distances.

This standard is quite popular for intra-building links in large offices and Internet exchanges. Practically speaking, if the fiber is of good quality with proper terminations and optics, 1000BASE-SX will usually work over significantly longer distances.

It is a non-standard industry accepted optic that is also known as LH (Long Haul).

1000BASE-ZX SFP: This is a non-standard multi-vendor transceiver and uses 1550 nm wavelength to achieve distances of 70-80 KM over single-mode fiber. 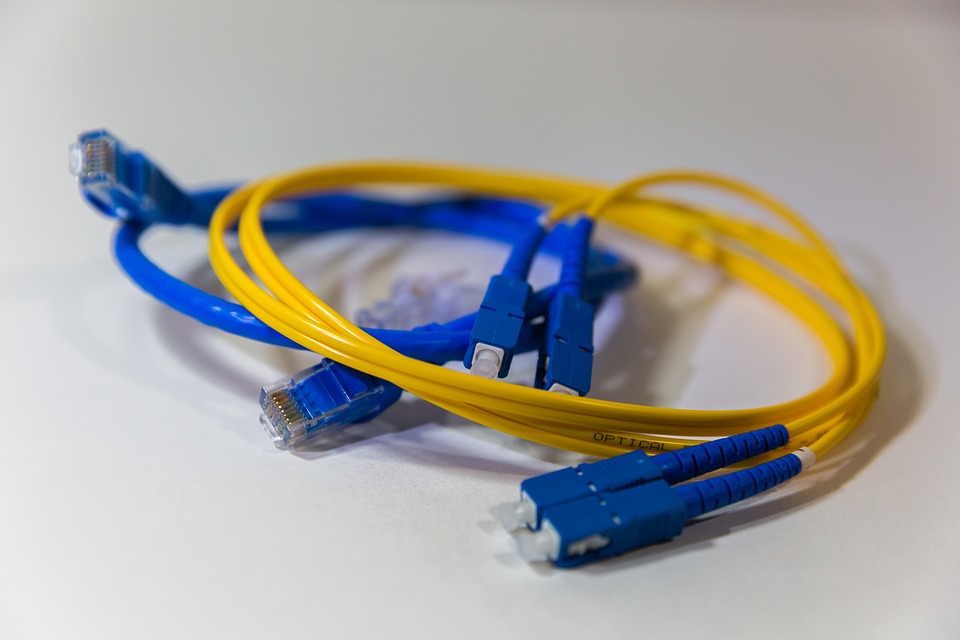 CWDM SFP Transceivers: CWDM (Coarse Wavelength Division Multiplexing) is a kind of optical transceiver that involves CWDM technology. Like any conventional SFP, CWDM SFP is also hot-pluggable and plugs into an SFP port or slot of a network device linking it to the fiber optic network.

It is an easy and cost-effective solution for adoption of Gigabit Ethernet and Fibre Channel (FC) in campus, data-center, and MAN (metropolitan-area access networks).

CWDM SFP transceivers can be found with a variety of different transmitter and receiver types, allowing appropriate transceiver for each link to provide the required optical reach over the available optical fiber

The DWDM SFP is designed to accept DWDM SONET/SDH for 200 KM links and Ethernet/Fiber Channel protocol traffic for 80 KM links.

Many people get confused between LX, LH and LX/LH SFPs. LH and LX/LH are compatible with 1000BASE-LX standard.

SFP Plus or SFP+ is an upgraded version of SFP transceiver with higher data rates of up to 16 Gbps.

Note that for most vendors, it is possible to fit an SFP module into an SFP+ slot but not vice versa.

How to Install SFP Transceivers?

To install an SFP transceiver, below steps can be followed:

This video explains the process of SFP module installation in a much more comprehensive way.

XFP appeared before SFP+ and is also a standard 10 Gbps fiber optic transceiver.

It is protocol-independent and fully compliant to different standards including 10G Ethernet, 10G Fibre Channel, SONET OC-192 and SDH STM-64.

The electrical interface to the host board is a standardized serial 10 Gbps interface called XFI. XFI is sometimes pronounced as “X” “F” “I” and other times as “ziffie.”

On the other hand, QSFP is short for quad (4-channel) small form-factor pluggable. It is a compact, hot-pluggable transceiver also used for data communications applications.

Nowadays, QSFP+ is gradually replacing QSFP and is widely used by people as it can provide higher bandwidth.

This feature is also known as Digital Optical Monitoring (DOM)​. Measurement of live parameters through DOM/DDM can help network administrators to check and ensure that the module is functioning correctly.

In case you have any questions or feedback, please do comment below and I will surely get back to you as soon as possible. Also, If you liked this article, then please subscribe to our Youtube channel – Our Technology Planet for more exciting stuff and videos.