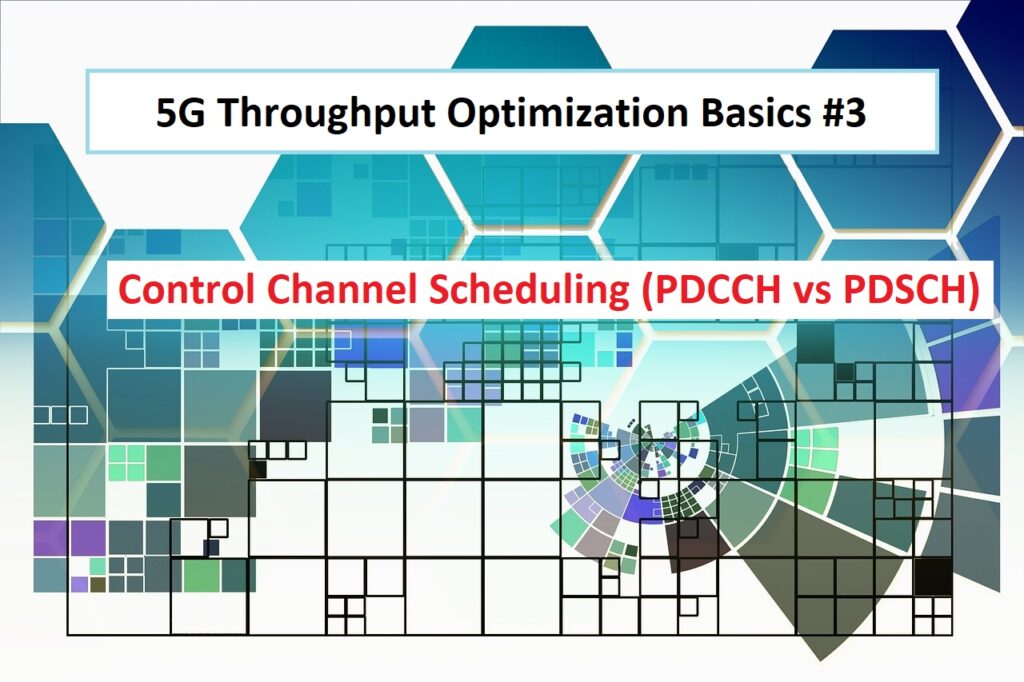 This is the 3rd article for 5G Throughput Optimization where I have explained scheduling from the perspective of the Control Channel and how it differs from the Data Channel. It also explains why Control Channel Scheduling is different and the impact of Control vs Data failures. The Control Channel is referring to the PDCCH and the PDCCH is essentially made up of CCEs (Control Channel Elements). However, the allocation of PDCCH is done in group of CCEs and these groups are called PDCCH Aggregation Levels.

Typically, in 5G, there are 5 PDCCH Aggregation Levels as given below!

For the Control (PDCCH) Scheduling, the algorithm is also based on CSI reports

To understand the main difference between PDCCH and PDSCH BLER, we need to understand the concept of UE decoding. The UE needs to read the PDCCH first to find the location of the PDSCH. If the UE finds the PDSCH, then based on the decoding result of the PDSCH, it sends feedback to the eNB/gNB (ACK/NACK).

But if the UE sends ACK/NACK, then that means by itself that PDCCH was decoded successfully, only then, the UE can get the location of the PDSCH. Thus, PDCCH scheduling should not depend on ACK/NACK feedback. If the UE fails to decode PDCCH then it should not send anything in response (no feedback). This is also called DTX state.

In case you have any queries or want to connect with Ali Khalid, please feel free to drop a comment under t or follow him on LinkedIn

Also, If you liked this article, then please subscribe to our Youtube channel – Our Technology Planet for more exciting stuff and videos.