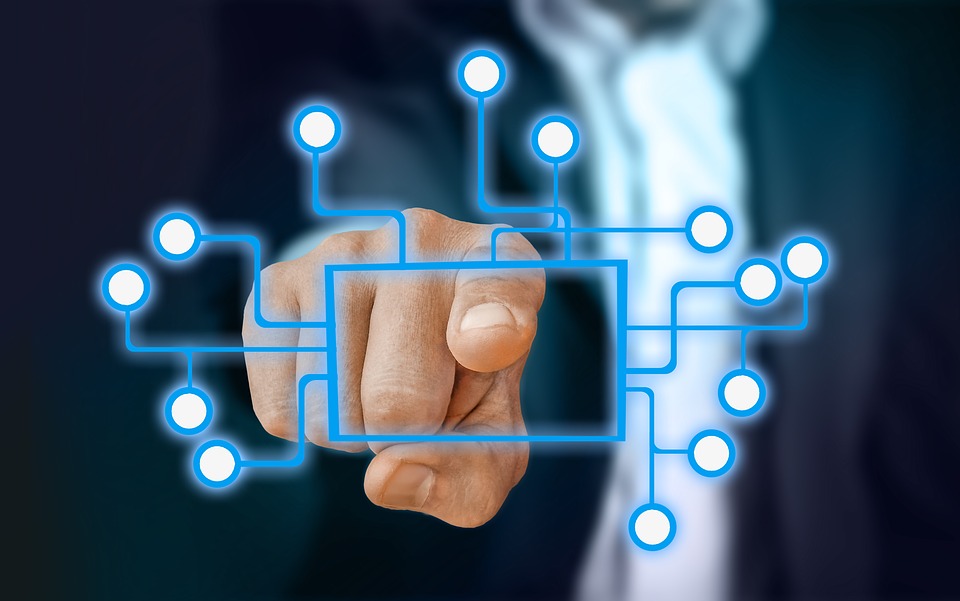 ​The original port-channel that most of the people are familiar with is called the EtherChannel or commonly known as LAG. The LAG can either use LACP (Link Aggregation and Control Protocol) or PAgP (Port Aggregation Protocol). It is important to note that LACP is industry standard, formed under IEEE 802.3ad​ whereas PAgP is Cisco proprietary.

The EtherChannel bundles two or more links together in order to combine the available bandwidth and provide physical redundancy. This also helps get rid of STP as multiple links are considered as a single logical link and thus all of the physical links can operate in a forwarding state.

An EtherChannel is established using any one of following mechanisms:

Note that with conventional port-channels, each physical link that makes up one end of the LAG must terminate on the same switch. You cannot have a port-channel from a downstream switch or a server to two different upstream switches with legacy port-channels.

However, with MEC (Multi-Chassis EtherChannel) such as Stackwise or VSS, this kind of connectivity can be achieved wherein a single switch forms a port-channel with two separate upstream switches.

​vPC (Virtual Port-Channel), introduced in 2008 and is sometimes known as MEC but it is actually an improvement to MEC that serves the same functionality without having to use VSS (Virtual Switching System) or Stackwise.

VSS is a method of making makes two switches look like one simply by making the supervisor module in one of the switches control both physical devices. The supervisor module in the other chassis becomes a redundant backup. Hence, VSS creates a single logical switch resulting in a combined control plane for both management and configuration purposes​.

vPC is a feature that is used on Cisco Nexus switches and provides the ability to configure the port-channel across multiple switches called vPC peers. With vPC, each Nexus switch is managed and configured independently. Since both planes are independent unlike VSS, the cross-chassis port-channel in the case of vPC also eliminates the risk of a common configuration file​. 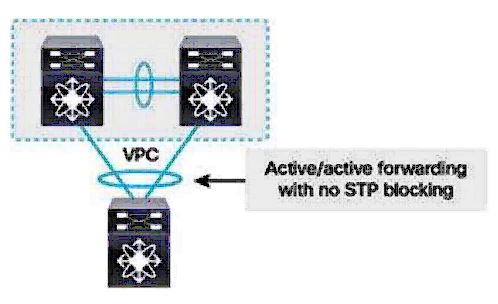 The links connecting the two vPC member switches together are used to carry control, configuration and keepalive data between the two. The vPC either uses LACP for signalling or can be manually configured without any signalling.

To configure vPC on Nexus, the procedure is as follows: 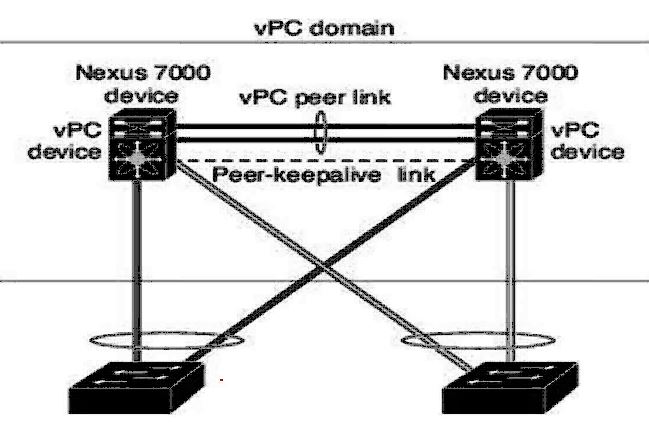 It is important to note that with Nexus 2000 FEX (Fabric Extenders) that are used in conjunction with Nexus 5000, vPC has a limitation such that it cannot be configured for a dual-layer vPC. If you want to configure this topology, you need to run EvPC (Enhanced vPC) which is discussed later in the article.

​vPC+ is an enhancement to vPC that is used in a FabricPath domain wherein a vPC is configured from a fabric-member switch towards a non-fabric classical device such as an ethernet switch or a server.

Most of the terminologies for vPC and vPC+ are common including Peer-Link and Peer-Keepalive and they are also configured in a similar fashion. Despite that there are some major differences which are listed as below:

Just like vPC, ​vPC+ also provides active/active HSRP functionality that enables either peer to forward traffic into the L3 domain.

Enhanced vPC, or EVPC, is a new topology for connecting to FEX’s to Nexus 5500 parent switches. As discussed earlier, Enhanced vPC topology support two layers of vPC that means that FEX’s connect to two parent switches with vPC and the host is also multihomed to the FEX’s with vPC. All links are actively forwarding traffic.

There are two main topologies which aren’t supported.

The workaround to this is to configure the host with active and standby links.

The reason for the difference between vPC and EvPC is due to limitations in the Nexus 5000 platform that prevent it from supporting Enhanced vPC.

Enhanced vPC is only supported on a small number of Nexus platforms that include Nexus 5500, 5600 and 6000 series. There is no support on the 5010, 5020, 9000 series, 7000 series and 3000 series. Remember that there is no special configuration required for Enhanced vPC and the partform just has to support it.

NOTE: There is also another type of port-channel called the Fibre Channel Port-Channel that is not the scope of this discussion. FC port-channels are supported on Cisco MDS switches and group together FC or FCIP tunnel interfaces.