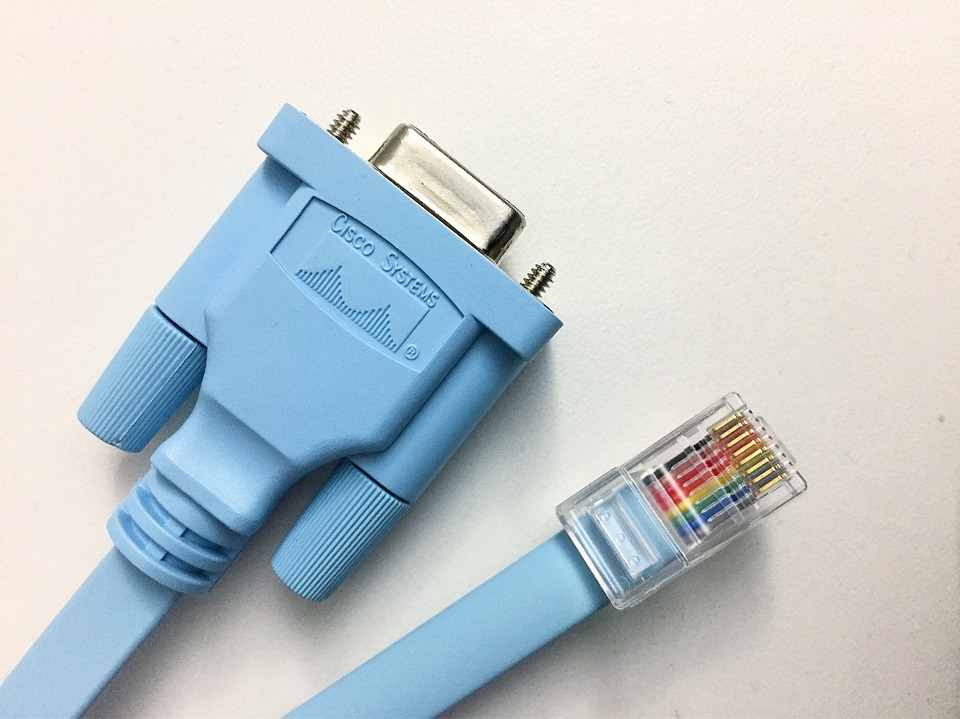 How familiar are you with user interfaces for configuring and troubleshooting your network devices?

Every vendor has its own command line interface and it is not an easy task to master them all. But in my humble opinion, you are good to go if you could get hold of networking giants such as Cisco, Juniper and Huawei as most of the market is captured by them.

In this post, I am going to share Huawei vs Cisco: Command Line Comparison for networking professionals who are new to Huawei (or even Cisco) devices.

The Huawei command line structure is different but similar enough to be picked up extremely quickly by those used to working with Cisco IOS.

It is important to note that “display” commands can be executed from anywhere, including inside an interface, without having to exit out of configuration mode and without having to add a prefix to the command, which is unlike Cisco wherein you need to type “do” at the start in order to execute any EXEC mode command from within the configuration mode.

The main difference between using Cisco IOS and Huawei CLI (besides the slightly different commands) is that Huawei uses only open standard protocols whereas Cisco uses a mixture of open and proprietary.

The CLI provides various command views for Cisco and Huawei devices. The most common ones are mentioned below:

Let us have a look at some of the basic commands on Cisco and Huawei along with their descriptions. 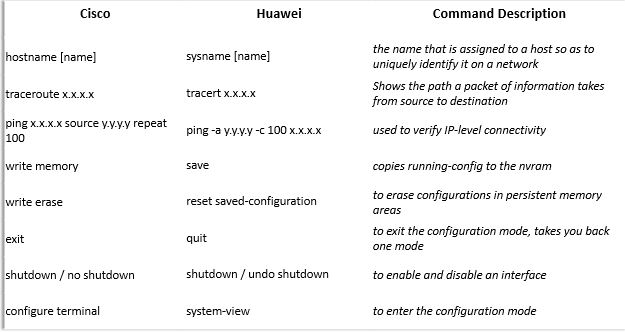 Switching involves moving packets between devices on the same network.

In switching, packets are transferred from source to destination using MAC addresses where MAC address is actually the physical address of a device. It is important to note that switching is done within the network.

Commonly used switching commands are listed in the table below:

A router is able to determine where to send a packet using the Network ID within the Network layer header. Router uses IP addresses at layer 3 of the OSI layer so as to determine the path that traffic is going to take. The IP address is the logical address assigned to a device.

Some of the most frequent used routing commands are as follows: 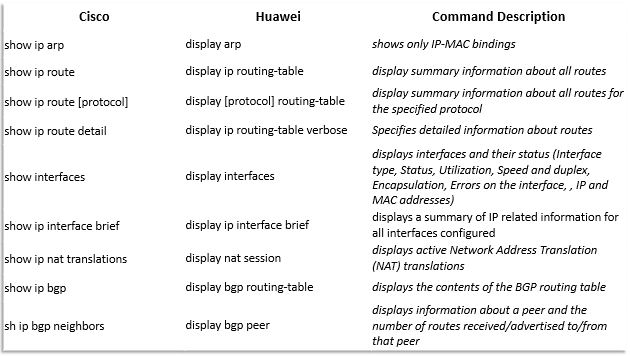 MPLS is an acronym for Multiprotocol Label Switching which is a type of data-carrying technique for high-performance telecommunications networks. The reason for including MPLS commands is that it is the most widely used technology in Internet Service Providers and Telecom Networks all over the world.

Below table shows some of the basic MPLS commands used on Core network devices. 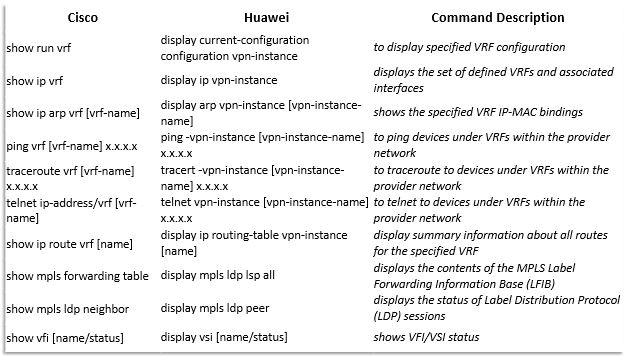 I hope you have found this post interesting and helpful.

If you have got any questions or feedback about CLI references, you are more than welcome to drop a comment below and I will try to respond as soon as possible. Also, if this has been helpful, then please subscribe to our Youtube channel – Our Technology Planet for more exciting stuff and videos.